Your Values vs. Inflation 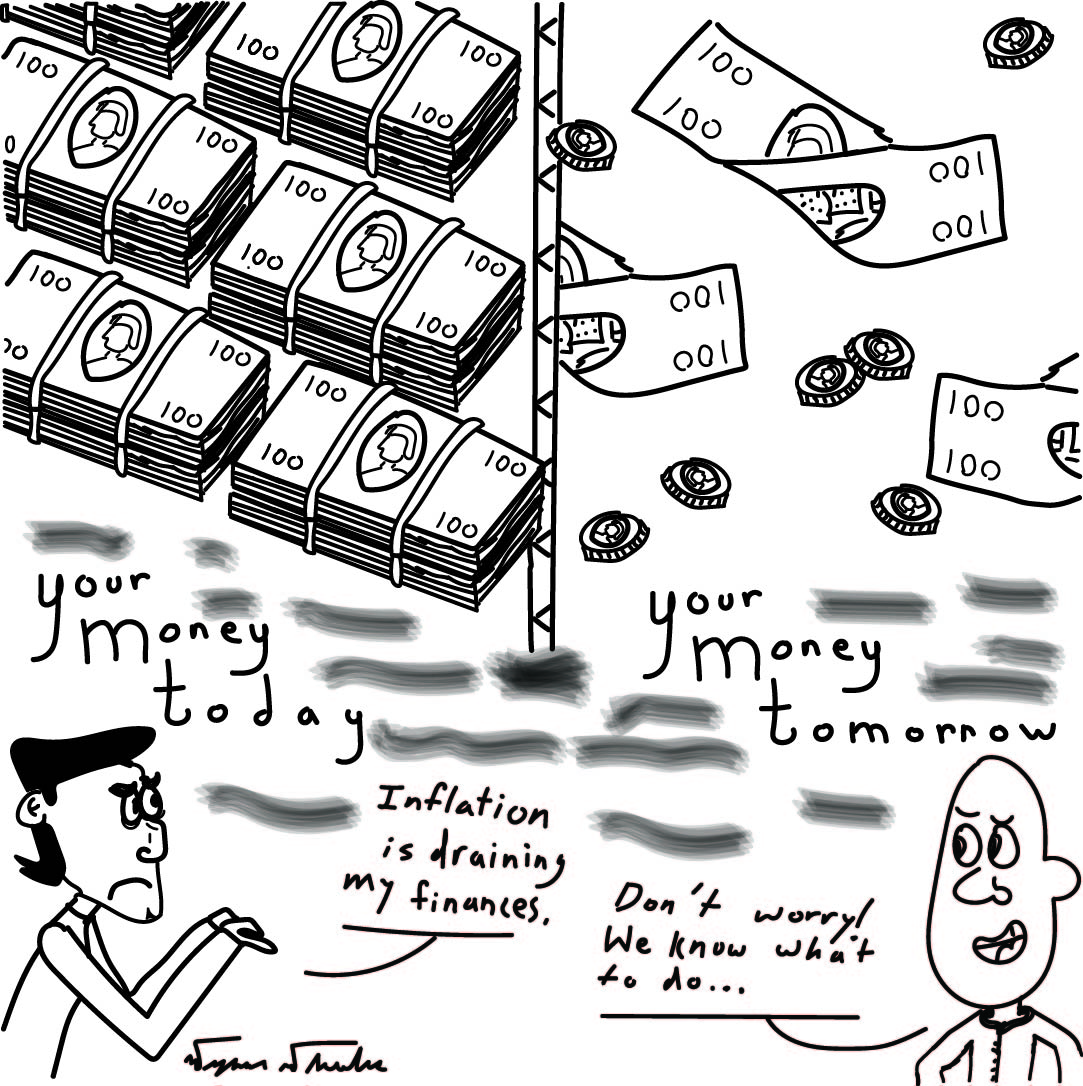 “I remember before you were born, when CDs were paying 10%!” That’s a reference to the 1980’s. Yes, I am a child of the 80’s, and not such a bad time to be born looking back.  “Great,” I’d reply, “but do you remember what mortgage rates were at that time? Or recall how much prices were rising?” That usually brings the conversation to a quick close, because when bank certificates of deposit were paying around 10%, mortgage rates were higher than 15%. If you borrow money at 15% to earn 10% interest on it, you’re not winning. It’s interesting how little interest a typical American adult has in deepening their interest in interest rates. But considering inflation headlines, which lead to fear, which leads to poor decision making, it can do us and our families and our communities a lot of good to gain a basic understanding of how inflation works. If we can carve out some time to examine history (no matter how long ago we graduated), and mix that historical perspective with an objective view of current events, then we will give our families the best opportunity to keep the freedom we need to pursue our values.  Currently, one of the greatest risks to that freedom is inflation. Also known as the devaluation of your dollars. You lose purchasing power not because you have less money, but because your money buys less. Famous economist Milton Friedman states that “inflation is always and everywhere a monetary phenomenon.” What he meant is the problem of our dollars losing value is a simple one. Prices increase when too many dollars chase too few goods and services.  When the money supply is constrained by something, like it was when the dollar’s value was tied to gold, it limits how much human whims can affect the supply of money. But the USA effectively left the gold standard in 1933 to battle the Depression. We now have what’s known as fiat money, which is only backed by the faith and trust of the government that issues it. And we know that many people do not trust the government. Why? Most of us fight the temptation to spend more resources than we have. This is true of both households and governments (including local, state, and federal). All communities and countries are guilty. Politically, Democrats advocate for government spending more so than Republicans, but Republicans are not anti-government spending. They are just anti-tax enough they are less zealous about spending. Many wanted governments around the world to do something when the pandemic hit. The “do something” the public wanted largely amounted to spending money. Government spending is a key part of the recipe for all historical inflation problems. However, it’s not the only part. Economic systems, made up of billions of diverse humans, are complex. So should people be concerned about inflation? What actions, if any, should be taken

Bad news: your money is losing value. People often are scared of market risk by investing in stocks, and insolvency risk of investing in bonds, but people have actually lost a lot of their real money by letting their money sit quietly doing nothing. Nothing but eroding in value because of inflation. Inflation is a devaluation of your money, whether that be a secret cash stash or in a bank account. So while your money is sitting safely in your bank account, secured by your bank and insured by the federal government, it’s losing purchasing power. How much value it’s losing depends on the rate of inflation. I believe strongly that financially healthy countries are made up of financially healthy families. So if you want this country to be financially strong, be sure to start with your own family. Besides, it’s the one thing you control the most.  So in the pursuit of financial health, all families should be aware of the forces that could disrupt our goals. Inflation is one such force. Be concerned about inflation. But don’t be frightened of it.  First, we must consider how likely it is that inflation will impact our money. The answer to that is currently: a near certainty. The Federal Reserve even has an inflation target rate (2% annually).  So then we turn our sights to the real danger factor: what will the rate of inflation be and for how long? The last 30 years (most of my lifetime) inflation has smoothly averaged between 2-3%. That’s such a long time of consistently temperate price rises that it seems completely normal. But historically, that has not been the case. And now presently, that is not the case! When we originally published this article in March 2021, inflation was still subdued, reported at 2.6% annually. But the wave of higher prices was at the door, as inflation has elevated rapidly since then, going to 4.2% in April of 2021, jumping to 7.0% by the end of 2021, and reaching a (current) peak of 9.1% in June 2022. As of this writing inflation is still coming in above 8% annually. So we need to take to the streets and demand our governments, small and large, take action to reduce inflation, right?! I would argue that’s not a good use of your time. And if you believe the Inflation Reduction Act passed in August 2022, even the federal government disagrees with you. Instead, here’s what you can do. Always and forever, the most important thing you can do in all economic circumstances is to focus on your own productivity. In essence, do all you can to create value for others. This covers over a multitude of other financial mistakes and even financial apathy. Next, limit exposure to fixed interest rate accounts, investments and securities. This would be bank accounts, CDs, and bonds. Of course you always want to keep a portion of your net worth easily accessible, and these are some of the most accessible ways to keep money. But be thoughtful about how much you really need in these instruments. There is one major exception to this currently, and that is Series I Bonds. There are pros and cons to I Bonds. Are they a real value to many families who are both worried about their cash losing value and also scared of the economy and markets. Definitely! Are these savings bonds manna from heaven in a high inflation environment? No. There are some considerations you need to take when committing money anywhere long term, including 12 months of complete illiquidity.  A proven antidote for our assets in a high inflation environment is to increase your exposure to equities, or ownership assets. This includes business, real estate, and stocks. Commodities and other real assets have also helped protect against the eroding value effects of inflation.  But you must keep in mind that all of those assets contain risk. There is much less purchasing power risk with those assets compared to cash, but there is much more market risk, meaning those assets can all fluctuate wildly in value. Do not make these decisions without advice you can trust.  But also, do not let apathy towards all sorts of risk wrestle the hope of financial freedom away from your family. We cannot predict what the future holds, but we can learn from history. And as Mark Twain once said, “History never repeats itself, but it does often rhyme.”